The Royal Trial is a fantastic series. It’s full of humor, drama, adventures, and intrigue. In this review of The Royal Trials series, I have mentioned why it is such an amazing read and you should also read it. Don’t worry it’s a spoiler-free review 😉

About The Royal Trials

It should have been easy for Rybet Waise to break into the royal palace and rescue her friend. But when Rybet impersonates one of the princesses playing in the trials to not get captured, she qualifies for trials itself. Now she finds herself with no choice but to see them through. In the trials, princesses from all the 12 kingdoms compete to win the hand of the three princes. While she is supposed to fall for the three princes, she starts to fall for the three teachers Ty, Zan, and Lee. While going through the challenges, she uncovers many secrets covering the royal palace and even the land.

The Royal Trials is an adventurous, and fun read.

This series, The Royal Trials is a trilogy, i.e, it has three books in it. The first book is Imposter, the second Seeker, and the third and the final is Heir.

I think I love the cover of the books the most,😁 especially the one of the boxed set. The titles are also very well chosen. They are very relatable to the story and simple and sweet.

This series is a reverse harem romance, i.e, the lady ends up with three or more love interests, and doesn’t choose between them.

The start of this series is awesome. The process of entering the world of Rybet is so smooth and comfortable. Many times I have seen authors not quite capture it, but Tate James nailed it.

The characters in this book are also very good. They are the type of characters that are very lovable and who always stay close to your heart even after you complete the story. The number of characters was also perfect; neither too many nor too few.

The storyline is awesome, and I enjoyed it very much. Also, there are a lot of twists and turns in this series, which you will never see coming. The story contains lots of humor, flirting, drama, and adventure. You are surely going to enjoy it!

If you liked The Royals of Arbon Academy, Raven River Academy, or any other book like this, then you will surely enjoy this one too.

Below is a more detailed summary of all the books in this series. We have given a small review of each book and what part we liked the most in that specific book. And yes, the part we didn’t like isn’t mentioned because there isn’t any. 😉

It should have been easy for Rybet Waise, the main character, to break into the royal palace, and rescue her friend. But when Rybet accidentally qualifies for the Trials, she finds herself with little choice but to see them through. Because in the trials, you either win or die trying. There is no chance to escape them. She also didn’t think that she will start falling for the three teachers; Ty, Zan, and Lee instead of the princes, she is supposed to. But she is not the only one faking to be someone she isn’t.

It was a really fun book to read. I especially loved Rybet. She is one of my favorite fictional characters now. Her love interests were also awesome. I had fallen for them along with Rybet. There were lots of twists and turns in the books which I enjoyed.

The Royal Trials were never meant to be easy, not even for a pond dweller like Rybet Waise. Nothing could have prepared her for the magical storms, mutated animals, and spiteful gods standing in her way. There is no time for tears. Mere hours after being bathed in Prince Alexander’s blood, Rybet must embark on a quest. She needs to not only compete with the other princesses in the trials but also with the land, as its magic has become more unpredictable than ever.

The plot was amazing. Many exciting secrets were revealed while on the quest and many unexpected turns also took place, which I enjoyed. The battle at the end of the book was probably my favorite scene of this book. It was so explicitly described that I felt that it was happening right in front of me. It was amazing. There was one thing I didn’t like about this book; its pace. It was good in some places but in others, I felt that it could have been a bit fast or slow depending on the scene.

The Royal Trials were a sacred ritual designed for a queen to select her king. But nothing is as it was in the kingdom of Tiech since the murder of Queen Ophelia. The town of Ironforge revealed many important secrets to Rybet. But, it came at a great cost. Facing court and her mother’s murderer will require more than just a brave face. She will need the skill, intellect, and support of those who love her. Or what’s left of them.

Torn between love and duty, Rybet faces decisions she never thought she would have to make.

I was so sad after this series had ended. The story continuously ran in my mind even after finishing it.

The writing style of this book is awesome. It feels like watching an HD movie playing in your mind. The writing was that detailed! I’m going to miss these characters. Hopefully, the author will write another book set in this world.

Conclusion of the The Royal Trial

It’s a wonderful combination of adventure, magic, and romance. You are going to love this series.

Hope that our review of The Royal Trials Series helped you in selecting the series!

Tate James is a USA Today Bestselling Author of Fantasy, Paranormal Romance, Urban Fantasy, and sometimes dabbles in Romantic Suspense. She was born and raised in the Land of the Long White Cloud (New Zealand) but now lives in Australia with her husband, babies, and furbaby.
She is a lover of books, red wine, cats, and coffee and is most definitely not a morning person.

Are you an author or a publisher? If yes, then you must check our services for promotions and marketing. They will undoubtedly benefit you.

Disclosure: All our reviews are honest. Also, some links in this post may be affiliate links, which means we receive a commission if you click a link and purchase something that we recommend.

Subscribe to our newsletter to never miss our updates and book recommendations.

Have a nice day ahead! 🙂 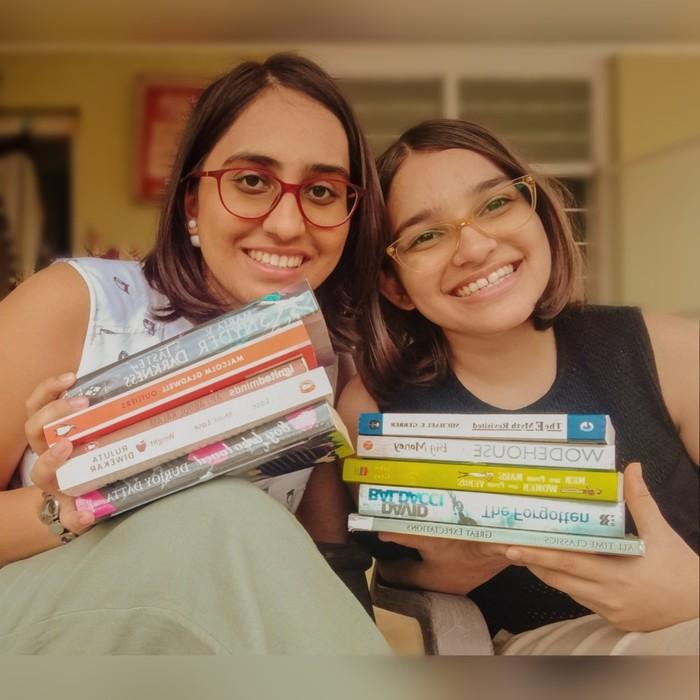 Hello! We sisters, Manik and Sayee, are the co-blogging team of Favbookshelf. We both love books, so we created a page on Instagram and soon started blogging. And now, we provide book promotion services where readers know about these fantastic books and get a chance to read them. Welcome to Favbookshelf!